K-9 Jeroen had an amazing career, and never wavered in his selfless service to the citizens of Chenango County.  After being born in the Netherlands, he was purchased from Shallow Creek Kennels.  He graduated from the Syracuse Police K-9 School with his original handler Sgt. Dustin Smietana.  Following a 2014 injury to Sgt. Smietana, K-9 Jeroen partnered with Detective O'Hara.

In his nine years of service, K-9 Jeroen was involved in hundreds of narcotics investigations, tracked numerous fleeing suspects, apprehended burglars and located missing persons.  Jeroen also performed for thousands of people in public demonstrations.  Jeroen was fearless in protecting the citizens of Chenango County and beyond!  He truly touched countless lives, and will be deeply missed.

Rest easy Jeroen, till we meet again in Valhalla!

The Chenango County Sheriff's Office would like to thank Pet Street Station for their many years of support for K-9 Jeroen and our K-9 program. 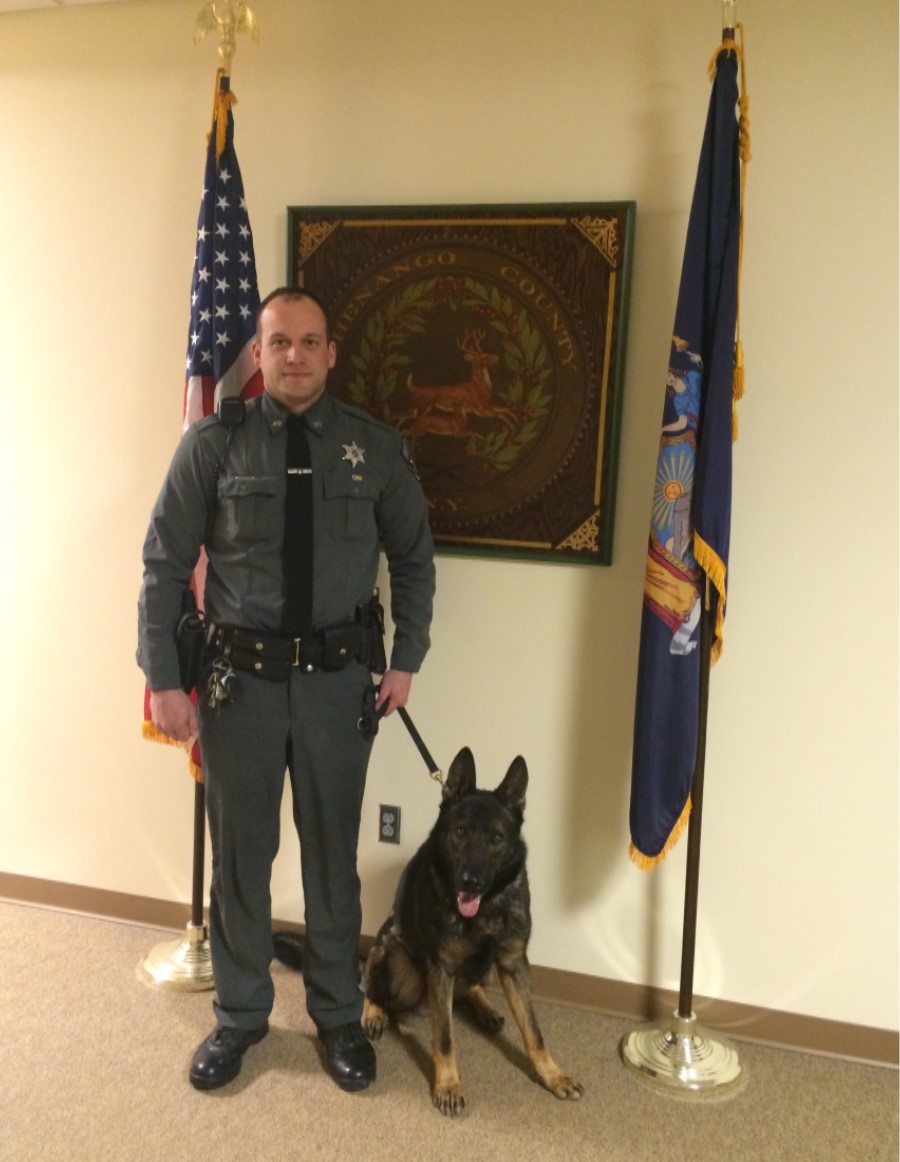